New Horoscope, what is your star sign now ? Ophiuchus is the new star sign in the new zodiac !

Ophiuchus /ɒfiˈjuːkəs/ is a large constellation located around the celestial equator. Its name is from the Greek Ὀφιοῦχος “serpent-bearer”, and it is commonly represented as a man grasping the snake that is represented by the constellation 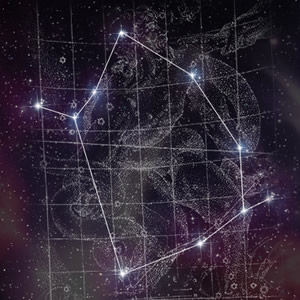 Serpens. Ophiuchus was one of the 48 constellations listed by the 2nd-century astronomer Ptolemy, and it remains one of the 88 modern constellations. It was formerly referred to as Serpentarius /sɜrpənˈtɛəriəs/ and Anguitenens.

Ophiuchus is located between Aquila, Serpens and Hercules, northwest of the center of the Milky Way. The southern part lies between Scorpius to the west and Sagittarius to the east. In the northern hemisphere, it is best visible in summer. It is located opposite Orion in the sky. Ophiuchus is depicted as a man grasping a serpent; the interposition of his body divides the snake constellation Serpens into two parts, Serpens Caput and Serpens Cauda, which are nonetheless counted as one constellation.

Ophiuchus straddles the equator but lies predominately to its south. However, Rasalhague, a fairly conspicuous star in its north, is circumpolar north of 78° north latitude. The constellation extends southward to −30° declination. Segments of the ecliptic that lie within Ophiuchus lie south of −20° declination. A determination of exactly where these stars are visible on Earth would depend on atmospheric refraction, the Novaya Zemlya effect, mountains and clouds.

Ophiuchus /ɒfiˈjuːkəs/ has sometimes been used in sidereal astrology as a thirteenth sign in addition to the twelve signs of the tropical Zodiac, because the eponymous constellation Ophiuchus (Greek: Ὀφιοῦχος “Serpent-bearer”) as defined by the 1930 IAU constellation boundaries is situated behind the sun between December 1 to December 18.

The idea appears to have originated in 1970 with Stephen Schmidt’s suggestion of a 14-sign zodiac (also including Cetus as a sign). A 13-sign zodiac has been suggested by Walter Berg and by Mark Yazaki in 1995, a suggestion that achieved some popularity in Japan, where Ophiuchus is known as Hebitsukai-Za (へびつかい座?, “The Serpent Bearer”).

In sidereal and tropical astrology (including sun sign astrology) a 12-sign zodiac is used based on dividing the ecliptic into 12 equal parts rather than the IAU constellation boundaries. That is, astrological signs do not correspond to the actual constellations which are their namesakes, particularly not in the case of the tropical system where the arbitrary divisions of the sky move over time.

Ophiuchus and some of the fixed stars in it were sometimes used by some astrologers in antiquity as extra-zodiacal indicators (i.e. astrologically significant celestial phenomena lying outside of the 12-sign zodiac proper). The constellation is described in the astrological poem of Marcus Manilius: the Astronomica, which is dated to around 10 AD. The poem describes how:

Ophiuchus holds apart the serpent which with its mighty spirals and twisted body encircles his own, so that he may untie its knots and back that winds in loops. But, bending its supple neck, the serpent looks back and returns: and the other’s hands slide over the loosened coils. The struggle will last forever, since they wage it on level terms with equal powers”.

Later in his poem, Manilius describes the astrological influence of Ophiuchus, when the constellation is in its rising phase, as one which offers affinity with snakes and protection from poisons, saying “he renders the forms of snakes innocuous to those born under him. They will receive snakes into the folds of their flowing robes, and will exchange kisses with these poisonous monsters and suffer no harm”.  A later 4th century astrologer, known as Anonymous of 379, associated “the bright star of Ophiuchus”, Ras Alhague (α Ophiuchi), with doctors, healers or physicians (ἰατρῶν), which may have been because of the association between poisons and medicines.

Based on the 1930 IAU constellation boundaries, suggestions that “there are really 13 astrological signs” because “the Sun is in the sign of Ophiuchus” between November 29 and December 17 have been published since at least the 1970s. 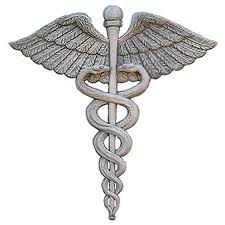 In 1970, Stephen Schmidt in his Astrology 14 advocated a 14-sign zodiac, introducing Ophiuchus (December 6 to December 31) and Cetus (May 12 to June 6) as new signs.  Within 20th-century sidereal astrology, the idea was taken up by Walter Berg in his The 13 Signs of the Zodiac (1995). Berg’s The 13 Signs of the Zodiac was published in Japan in 1996 and became a bestseller, and Berg’s system has since been comparatively widespread in Japanese pop culture, appearing for example in the Final Fantasy video game series and the manga and anime series Fairy Tail.

In January 2011, a statement by Parke Kunkle of the Minnesota Planetarium Society repeating the idea of “the 13th zodiac sign Ophiuchus” made some headlines in the popular press. However, Kunkle is an astronomer, not an astrologer, and does not believe in astrology, instead pointing out problems with astrology systems, which ignored the constellation.